The second son of a Royal Navy officer, brought up in the Middle East, schooled in the UK. Began a career in journalism at the South Wales Echo in the same newsroom as the author Ken Follett, later working for other regional daily newspapers. Chose a career path of editing magazines before becoming principal of a public relations company. Sojourned in Spain for six years to write historical fiction. Currently a magazine editor in the health food and natural products market. Lives on Alderney in the Channel Islands with his wife Lynda. They have five grown up children.


"I loved Conn Iggulden’s Emperor series about Julius Caesar. I can’t say any of these books inspired the writing of Libertas, but after I had started writing I returned to Conn’s books where I read, in his author’s notes, that he had decided to leave out Caesar’s campaigns in Africa and Spain. I guess that opened the door for me, especially as I was unable to find any author since Caesar himself, Appian and Cassius Dio who had written about the Battle of Munda at any length!"


The Inspiration Behind Libertas

"When my wife and I moved to Spain, we chose a lovely house in the middle of the olive groves that stretch northwards from the mountain town of Monda. One of the first things we did was research the history, culture and customs of the area, and guess what – Julius Caesar was there first! Way back in 45BCE he force-marched eight legions from Italy to do battle with the sons of Pompey the Great and end his civil war once and for all. The two armies clashed at the Battle of Munda, Caesar winning as usual, against the odds.

"So I started writing...

"Historians are divided as to whether Monda or a site at Osuna (Seville province) is the actual site of the battle. But the local folk of Monda are not in any doubt! Today, their town is undergoing massive changes now that EU money has built a decent road that snakes up from Marbella on the coast. In the same way, Munda (as it was then called) would have undergone a similar upheaval when the Romans brought their huge economic and social changes to the region in the first century BCE."

Please see below for books written by Alistair Forrest: 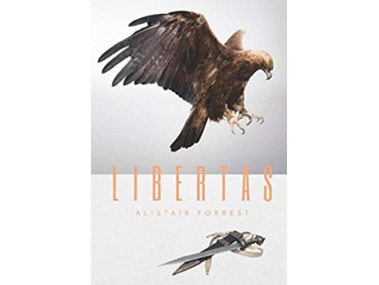 Set in southern Spain in the First Century BC, Libertas introduces the people who live in the idyllic mountain community of Munda and the ancient Kemeletoi people who thrive in the surrounding countryside. But the world is ruled by Rome, whose generals have a score to settle...
Buy on Amazon 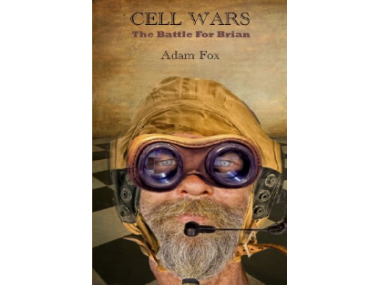 Cell Wars – the Battle for Brian

Allegorical fantasy, writing as Adam Fox.
Brian Davis has a problem. Like everyone else on the planet, he has a team of minuscule protectors inside him, most of them devoted to keeping him well. Except that in Brian’s case, they don’t know what to do...
Buy on Amazon

Caesar: Life of a Colossus
by Adrian Goldsworthy

Tracing the extraordinary trajectory of the great Roman emperor's life, Goldsworthy covers not only Caesar's accomplishments as charismatic orator, conquering general, and powerful dictator but also lesser-known chapters during which he was high priest of an exotic cult, captive of pirates, seducer not only of Cleopatra but also of the wives of his two main political rivals, and rebel condemned by his own country.