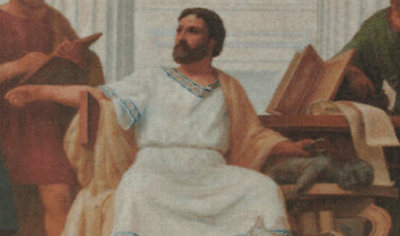 Claudius Galen (129 - 199 AD), after Hippocrates, may be the most prominent physician of the ancient world, and certainly of the Roman era. He had an exhaustive education and undertook in-depth research to advance medical knowledge of the time.

He rose to prominence and was appointed to be the personal surgeon of Commodus, who was the son of Marcus Aurelius. Galen studied the bodies of animals to support his research and compare to human anatomy.

This research along with the dissection of human remains, led to the development of his theory on the human body's physiological system.

His writings always dealt with possible objections and criticisms of theories and he regularly reviewed practices. The depth of his writings and the support of the authorities (including the religious authorities) led to his belief in clinical observation and diagnosis becoming the standard practice for doctors in Europe over the course of the next thousand years. Unfortunately, some of his work was destroyed in a fire in the 2nd century, but what remains is a valuable history of medicine.

Did you know...
Hippocrates, who was a Greek physician born in 460 BC, is known as the founder of medicine.