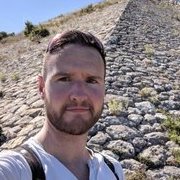 The Late Roman Legionary - Armour or no Armour?

By Gordopolis, January 26, 2016 in Imperium Romanorum