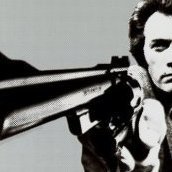 Did elite education contribute to the fall of the Roman Empire?

By Childress, January 28 in Imperium Romanorum