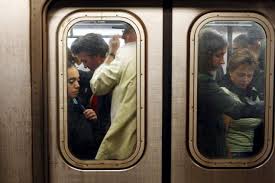 I haven’t blogged for a while, and I’m now back in the UK until February, so I thought I’d give it a go.

In a New York State of Mind

On the 5th October I bade a fond farewell to New York City and returned to these shores. It was an interesting goodbye, because this year I’d seen much more of New York State; it’s always good to see a place in context, rather than just living in the little bubble of the city. The reason is that I’ve been doing a new tour, and I’ll tell you a little about it (this isn’t to try and sell it, but merely because it’s really interesting.) The backbone of this 2-week tour is a rail journey from Toronto to New York City, stopping off for a few days here and there. Toronto itself isn’t too exciting, if I’m honest, though walking on the glass floor at the top of the CN Tower is quite an experience. I don’t have a particular fear of heights, but even I hesitated for just a second before stepping out over the abyss.

The first stop off along the way is Niagara Falls. Have you been? I urge you to do so; the falls are every bit as impressive as everyone says. The other tip I have is not to be scared of the border: walk both the Canadian and the US sides. I took a group down into the Cave of the Winds (US side), and they were very impressed; you get very up-close-and-personal with the falls (that is to say you get wet). Niagara Falls itself, as a place, is less impressive. Extremely tacky. The reality is that once you’ve done everything the falls have to offer, the only thing you can do in that area is man-made entertainment. My advice? Only stay one night – and take a waterproof.

Next stop is Ithaca – a town in the Finger Lakes region. The geography is all gorges and waterfalls, and it’s also home to Cornell University. A lovely, lovely place, especially if you like gorges, waterfalls, and Ivy League universities.

Then we stop off to do some more serious hiking in the Catskills, before continuing to New York City for a long weekend in the Big Apple.

Don't Sleep in the Subway, Darling

Due to my blog-o-pause, one thing I didn’t tell you about was a little incident I had on the New York Subway. This was on a New York City tour, one bright and sunny Tuesday morning. The plan for the day was to take the group all the way downtown to the very southern tip of Manhattan, and then walk up the Esplanade along the Hudson River to a pre-booked appointment at the 9/11 Memorial. People could then visit for as long as they wanted, and go off to enjoy their only free afternoon of the week.

Over breakfast, I hadn’t felt hungry. This will seem odd to those of you who know me; my ample frame is testament to the fact that I’m not a picky eater. I ate some of a bowl of cornflakes, and that was about it. By the time 0900 rolled around and I headed out to the subway, I really was feeling sub-par. The subway was absolutely rammed that morning, with miserable looking commuters on their way to Wall Street. I squeezed myself in against a door and stood, some of the group standing around me. During the journey, I started to feel worse and worse until I realised that I had to sit down (preferably not still in the very crowded carriage). As the train pulled into 14th Street, I decided I would have to get out and sit on the platform. I turned to my nearest group member and said something like, “I feel really ill. I’m getting out for a sit down at the next station. Get out at South Ferry, and I’ll catch up with you in 15 minutes.”

I was helped to my feet, and dropped into a seat that some kind soul had vacated especially for me, and at that point ‘Mike’ turned up. Mike was just the sort of guy you need in a crisis. He was a New York Cop, who was making his way down to his precinct for the final time. It was his last day before retirement, and he was on his way to perform his last official duty, which was to hand in his badge. Whilst I was away in my happy place, he’d achieved the following:

Taken control of the situation

Ensured an ambulance was called

Cleared a space around me

Ensured a nearby seat was free for me

I heard the latter as this superman was helping me into the seat. Anyway, moving events a little further forward, I soon regained enough strength to walk out onto the platform, and the train could finally pull out of the station (the Wall Street gang would get to work, the US economy was safe once more). Whilst sitting on the cold concrete of the subway floor, I handed over a map of New York to a responsible group member, told him how to get to the 9/11 Memorial, and what to tell them (they’re a great bunch and I knew they would sort it out). That effectively discharged my official duties for the rest of the day, though I did ask for a volunteer to escort me back to the hotel.

Next, the ambulance arrived. Now I don’t wish to upset any readers in the US, and this is based solely on this one encounter, but your ambulance service leaves a lot to be desired. Allow me to explain. I do have a certain amount of medical training (Occupational First Aid, and Wilderness First Aid), and by that time I had self-diagnosed. A pressure in my bowel had started to build. Not that usual pressure, but that certain type of pressure that says, “whilst there’s no hurry at the moment, things could turn catastrophic very quickly if you don’t plan to be within a few feet of a toilet in the next hour.” This pressure, I knew, was a result of liquid being absorbed into the intestine in a desperate effort to flush through the burgeoning colonies of virulent bacteria that had set up home there. The loss of liquid from the blood stream had resulted in a sudden drop in blood pressure, causing lack of oxygen to the brain, causing “Good Night, OfClayton!”. Given that I had a gastric infection, the ambulance crew didn’t even wear latex gloves before examining me. I’ve dealt with Paramedics in the UK, France and Madeira, and in all cases they put gloves on before touching the patient.

I sent the ambulance crew away (think of the cost!), and SuperMike helped me up the steps to street level, and helped me into a taxi. What a guy! He was taking advantage of the NYPD’s generous (and very well-deserved) retirement package to move to a tropical island and open a scuba diving school. I wish him well. I only hope that I’m that good when I have crises to deal with. What a guy! (Him, not me.)

The grimly gastric details of the rest of that day (spent alone in my hotel room) must be kept from you for reasons of good taste. Suffice it to say that it’s a good job that the toilet and washbasin were close to one another.

Anyway, to summarise the rest of the week: I know a guide who lives in New York who was happy to take my group (and $100) from me on the Wednesday, and by Wednesday evening I was well enough to take them out for dinner (but not really well enough to eat anything significant). On Thursdays I normally take groups upstate on the train for a non-too taxing stroll along a little stretch of the Croton Aqueduct Trail, and Friday breakfast saw me polish off a stack of pancakes in the Diner, so I knew things were back on an even keel.

The other big thing I didn’t tell you was that this year, I turned fifty. I will no doubt start hearing the word ‘prostate’ more often.