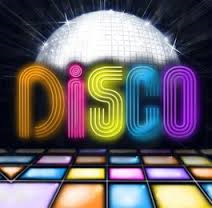 Hello everybody. Welcome to the GhostOfClayton Twice Fortnightly blog. Comfy? Off we go.

I genuinely doubt that anyone has followed this blog from its early incarnations, and who could blame them? After my long hiatus, I read a few back to help me get into the swing, and was quite disappointed by how amateurish ‘Past OfClayton’ sounded as he penned them (we shouldn’t expect too much from him. As I established in an earlier blog, that boy’s an idiot!) However, if by some strange quirk of fate, you have followed it from its early beginnings, you’ll know that I often spend New Year’s Eve in the club in the sleepy little village of Aquis of the Romans (at least ever since Mrs OfClayton put a stop to me working in sunnier climes over the festive period). This year will be no exception, but I will have a job to do.

The Aquis of the Romans Residents’ Association have members who are always regaling the others with tales of the glory days of New Year’s Eves in the Club. How a disco would be held, and huge numbers of village residents would come along to party the dregs of the old year away, and celebrate the coming of the New Year. How so many people turned up, you could barely squeeze in the door. Halcyon days!

So a few of the guys (mainly aging rockers such as yours truly) hatched a plan. We could beg, steal or borrow some disco equipment, each make up a playlist of suitably rockin’ tracks on our phones, plug the latter into the former, and “Hey, Presto!” a cheap disco. All washed down with cheap beer, and the Landlady’s Pie ‘n’ Peas (you can’t beat foods that are combined by use of an ‘n’ . . . . bangers ‘n’ mash, fish ‘n’ chips, etc.) The perfect evening.

Get a list of popular disco tracks. Hmm. Problem.

Any member of the zero-sized group of people who have followed this blog right from its humble beginnings will know that my taste in music isn’t all that suitable for use in a disco. Any of you care to help me out with requests?

The trouble with being a tour guide is that no-one’s going to get rich off it. That means that alternative employment must be sought to bridge the gap when not doing it, and this year I have been lucky enough to secure a new position (albeit only up until January). It’s covering a health and safety position in a Warehouse during a busy period, and I have to say, I’m enjoying it very much. There are all sorts of very blokey things like huge articulated (unlike some of the drivers) lorries coming and going, forklifts buzzing about, and some really, really high racking (with associated really, really high trucks to reach those dizzy heights.) I have to wear hard hat, safety glasses, steel toe capped shoes, and a high viz jacket, because of all that danger. I love it. That’s why I hope no-one I work with ever reads this blog.

You see, I am a fairly typical second child. OfClayton Major (my elder sister) has a very sensible, responsible, safety-minded personality, whereas OfClayton Minor (me) is much more of a risk-taker; not quite ‘Death or Glory’, but very much ‘Shit or Bust’. In short, not the sort of individual you’d want to keep you safe from, say, being impaled on the forks of a passing stacker truck. “It’ll be right”, is always my response whenever Mrs OfClayton relates her latest worry to me (telling me I shouldn’t be using chainsaws whilst up trees, and the like) . . . And yet here I am, still alive. So I must’ve been right all these years. Anyway, just to show what a day in my life is like, please have a look at this (surprisingly good) forklift training video – it’s in German with English subtitles.