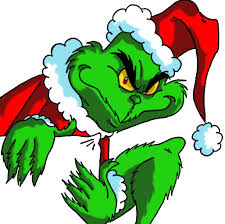 Well here we are once again, that annual midwinter dog and pony show they call Christmas. Bloody hell! And that was swearing. I make no apology, and I will swear later as well.

It�s already a matter of record that I lament Christmas getting ever-earlier (I blogged about it a few weeks ago . . . where were you?), so that�s the first reason for me to curse. Apart from that, I�m not religious, I probably have anti-capitalist tendencies, and don�t have kids, I rarely drink, I�m still on that perpetual diet I went on earlier this year, and I�m also unfortunate enough to spend most of any given winter quite far up the northern hemisphere. I long for the days when I used to spend the festive period in the Mediterranean sun. Now I spend it with rain, wind, snow, fog, ice, etc. Can you think of any more things people look forward to at Christmas that haven�t been dismissed by my previous statements. What�s that? Peace and good will to all men? I try and do that all year . . . what kind of miserable shit is only ever good to people for a fortnight every year? (I said I would swear again, didn�t I?)

Christmas lights? I have to admit that Christmas lights can be breathtakingly beautiful (they can also be breathtakingly tacky, but we won�t go there), but once I started to understand the concept of a carbon footprint, they kind of lost their appeal. And does anyone like shopping in December? Or the ever increasing war of escalation where people buy each other slightly more expensive presents every year. In the words of the great Sheldon Cooper, �You haven�t given me a present, you�ve given me an obligation.�

Turkey? Seriously, does anyone ever eat turkey outside of Christmas (and Thanksgiving if you live in the good old U S of A) ? I doubt it. As meats go, it�s pretty ordinary, isn�t it?

Spending time with your family? I will spend Christmas Day with one of the the belligerent and numerous OfClayton nice/nephew tribes. They�re nice kids, and fun to be with for about an hour. After that, the fun wears a bit thin, especially when the excitement of Christmas renders them uncontrollable. I dread the day when they become too tall to steer by placing a hand on top of their heads, and turning.

Anyway, I�ve got to go. My ex-business partner has put three appointments in my diary for later tonight. Don�t know what that�s all about . . . . So I�ll leave you with details of what�s in my iPhone Christmas playlist:

The Pogues and Kirsty MacColl � Fairy Tale of New York

Hurts - All I want for Christmas is New Year�s Day (Don�t judge me on this one, it was a freebie from Apple)