The Colosseum: Mistakes in the Movies and Misconceptions Around It 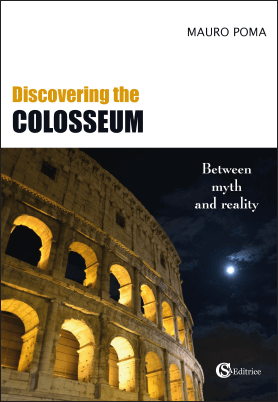 Article written by Mauro Poma, author of Discovering the Colosseum

The Colosseum, also known as the Flavian Amphitheatre, is indeed one of the most famous ancient monuments in the world and, before the pandemic, attracted roughly 7.5 million visitors every year.

Many movies centered some of the most beautiful and engaging scenes in its interior (although reconstructed somewhere else).

Despite the popularity of the Colosseum, there are still many misconceptions that surrounds it and watching some of the most popular movies about ancient Rome one can see so many mistakes!

Let's have a look at some of them.


1. If the Emperor wanted to deny mercy to a gladiator who lost a fight he would give the "thumbs down" signal.

This is false. This typical mistake (i.e. in the movie Gladiator and many others) stems from the wrong interpretation of the Latin expression 'pollex versus' with which this gesture was described. 'Pollex versus' simply means 'with a thumb turned' but it doesn't specify where the thumb was actually turned by the Emperor (and by the audience).

In reality, Romans most likely indicated the denial of mercy by moving their thumbs horizontally or up (!) to symbolize a sword cutting the throat of the poor defeated gladiator. While moving their thumbs this way they used to shout "Iugula! Iugula!" meaning in Latin "Cut off his throat!". The gladiator then bowed and waited for the blow to the throat or the nape.

Usually, those doomed to die did not remove their helmets, so that the opponent could not see their last look. A touch of humanity in a tough world.


2. All gladiatorial combats ended with the death of one of the opponents.

This is another widespread misconception. In the Republican era and in the first imperial age, contrary to the popular belief, the probability of the gladiators be able to exit the arena alive was actually quite high. There was a greater risk of dying from deep wounds, infections or lack of courage (something that could enrage the spectators, who would consequently ask for the death of the cowardly gladiator) than by being denied mercy.

The main reason is that gladiators were rented to whoever organized the combats in the Colosseum. If a gladiator was killed because mercy was denied, the organizer of the games (which was, quite often, the Emperor) had to pay a sum of money to compensate the gladiator's entrepreneur for the missed earnings he could have got renting out that gladiator in future fights.

This also means that the more famous and well-known the gladiator was, the higher were the chances for him to get out alive, since his rental price was very high.


3. Christians were killed in the Colosseum for their faith.

This is one of the most enduring misconceptions of all. Christianity was legalized in 313 AD by Emperor Constantine and before that date, at times (and depending on the emperor in charge) Christians were persecuted for their religion. We don't actually have any trustworthy ancient document, any archaeological evidence or proof of any kind that can demonstrate beyond any doubt that Christians were killed in the Colosseum.

More precisely, we can say that certainly some Christians were killed in the arena of the Colosseum, but their faith was just an incidental element and not the main reason for their punishment. What can be seen in the movie Quo Vadis for instance, is thus completely wrong.


4. There was mixed seating and women would sit with men.

In some scenes of the movie Gladiator, we can see men and women sat together in the crowd at the Colosseum. This is something we would have never seen back in Roman times, as women used to sit at the top level of the amphitheater.

The places occupied by the audience were pre-assigned according to social rank. Generally speaking, the more important a person was in ancient Rome, the closer he could sit to the stage; the least important he was, the farther he had to sit from the stage.

Close by the arena there were the VIPs such as senators, Vestal virgins, ambassadors and so on. Above them there were the knights (equites), then two sections reserved for ordinary roman citizens. At the very top, one could have found the undesirables and those considered less important during those times; slaves, poor people and women.


5. Before fighting, gladiators used to greet the Emperor shouting: "Those who are about to die, salute you!".

Also in this case, we don't have any archaeological proof nor any textual evidence that this was said by gladiators before their combats. Furthermore, gladiators were not people convicted to death but athletes performing a (dangerous) sport.

In some instances, games had to finish with the death of one of the two opponents but no tradition nor proof whatsoever reports that phrase being shouted by the performers.

Many movies (including the excellent Spartacus by Stanley Kubrick) report thus a misconception that has not been confirmed by any proof.


6. The Colosseum was called as such by the Ancient Romans.

In the movie Gladiator we can hear a few times the protagonists calling the Flavian Amphitheater the Colosseum. This is incorrect as, back in ancient times, this monument was called the Flavian Amphitheatre. The name comes from the Emperor who started its construction, Flavian Vespasian, and the term Colosseum began to be used only in the Middle Ages.

The most accepted explanation for that refers to the presence of a very big statue (the largest one ever made in ancient times) that was in the proximity of this amphitheater. This statue represented first Nero and then the Sun, and it was called Colossus Neronis.

After the fall of the Western Roman Empire, the people lost the memory of the real name of the Flavian amphitheatre and started to refer to it as Colosseum; the monument beside the Colossus. Colosseum is thus a (kind of) wrong nickname.

A fascinating journey into the world of the largest amphitheater in Roman history, to explore its truths, but also the curiosities never written, the characters who 'lived' it.

Who was in the audience? How were death sentences carried out? What happened in the hypogeum? With a compelling style, the author also talks about the great protagonists of the games: the gladiators. Where did they come from? Who were they? Why did they fight? Where did their blood go when they died?