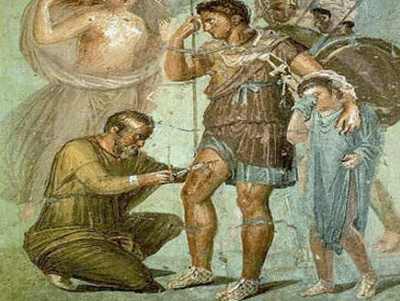 Ancient Roman medicine was a combination of some limited scientific knowledge, and a deeply rooted religious and mythological system.

While knowledge of anatomy was quite impressive, and many surgical techniques were only surpassed in the modern age, the application of medicines and cures was simplistic and largely ineffective.

Much of the Roman system was adopted from the Greeks, and primarily the teachings of Hippocrates.

Hippocrates, (460 - 384 BC), is largely recognized as the father of modern medicine, as he created the concept of medicine in a separate scientific field away from a philosophical and mythic approach. The modern Hippocratic Oath stems directly from Hippocrates and continues to be the binding ethical law guiding all those in the field of medicine. He was primarily responsible for the foundation of recording illnesses, attempts at treatment, and the causes and effects.

The Romans expanded on Hippocrates scientific methods by combining it with the religious and mythological ceremony of the day. Adding to the concept of observation and record keeping, the Romans included prayers, offerings and sacrificing to the gods in hopes of greater success. Many of the Roman gods were believed to have healing powers, but one in particular played a prominent role in ancient medicine. Aesculapius, the god of healing, was the prominent deity that governed the Roman medical practice and his symbolic snake entwined staff continues to be used as a symbol of the medical field today.

Doctors themselves were basically craftsmen, like any other profession. Early on the profession was mainly one of trial and error with apprenticeships to pass on the art, but later, medical schools were established to make the field more widely uniform.

While medicine in the civilian sector was highly dependent on 'doctors' of widely ranging skills and education, the legions had the benefit of highly experienced medical personnel.

Civilian doctors were mostly Greeks, many of whom were socially low slaves or freedmen, with a few more prominent individuals who served the upper classes. While the practice of medicine was widely diverse for the common people, the legions had access to surgeons and hospital facilities that were far better than anything available after the fall of the empire.

Despite the reliance on a mystical approach to healing, Roman society maintained reasonably good health throughout its history. The exhaustive use of aqueducts and fresh running water, including toilets and sewer systems, prevented the proliferation of many standing water based diseases, and also washed away wastes away from heavily populated areas. Excellent hygiene and food supply also played a prominent role. The Roman baths were an integral part of society, in all social classes, and regular cleansing helped fight germs and bacteria. The Romans also tried, whenever practical, to boil medical tools and prevent using them on more than one patient without cleansing.

Galen (131 - 201 AD), a prominent physician in the ancient world, worked diligently to expand medical knowledge. Moving away from the mythical approach, he pursued Hippocrates' methods of observation and research. He dissected, studying the workings of human anatomy, and experimented with many procedures in order to find real workable solutions to medical issues. More important than his actual work, however, his greatest contribution was to diligently record his exhaustive studies in a series of books. Thanks to him, doctors for centuries afterward had at least a basic knowledge of practical medicine.

The Romans also had knowledge of harmful effects of many common materials. Asbestos and lead were two products causing potential problems that were documented as having ill effects from extended exposure. While the Romans had the knowledge of some of these things, they didn't understand the causes, nor how to stop it, other than limiting exposure.

While the Roman medical system was highly developed in comparison to its medieval successor, it was still highly flawed in its application. Certainly there were 'barbaric' practices as the use of bleeding cups, to take blood from a patient in a particular part of the body that was diseased; in order to cure that part of the body. While today, we would cringe at the thought of suffering ancient medical treatment, the Roman system was the most capable the world knew until the 19th and 20th centuries. 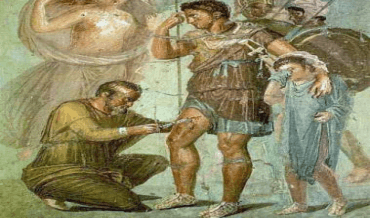 In contrast to today, the profession of a doctor was considered a low social position, aside from those attending to the needs of the legions.
CLICK HERE TO READ MORE 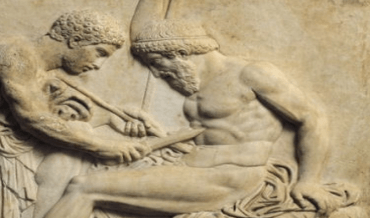 Unlike drugs which were often based on guesswork, the Romans had a detailed knowledge of anatomy which made them extremely good at surgery.
CLICK HERE TO READ MORE 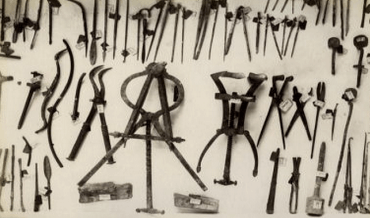 The Romans used a wide array of effective medical and surgical tools, variations of which are still in use today by modern surgeons.
CLICK HERE TO READ MORE 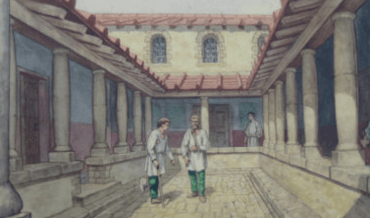 Roman hospitals tended to be a concept reserved for the legions, with civilians having to make do with surgery and recovery at home.
CLICK HERE TO READ MORE 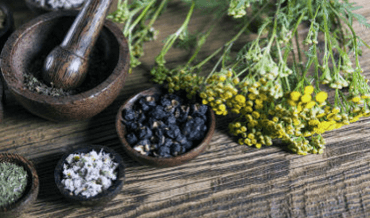 Aside from anesthetics, Roman drugs were often ineffective or, as was often the case, actually poisonous and damaging to the patient.
CLICK HERE TO READ MORE 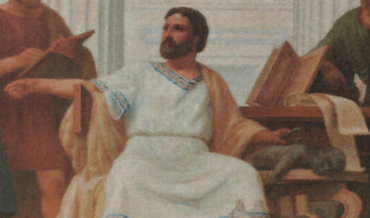 Claudius Galen (129 - 199 AD) was the most prominent physician of the Roman era, and did much to advance medical knowledge of the time.
CLICK HERE TO READ MORE 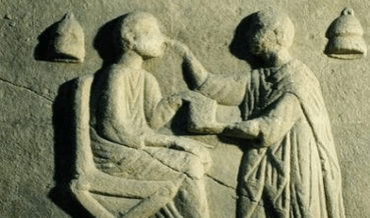 The Romans performed plastic surgery for reconstructive purposes on wounded soldiers, and cosmetic purposes for freed slaves and the rich.
CLICK HERE TO READ MORE 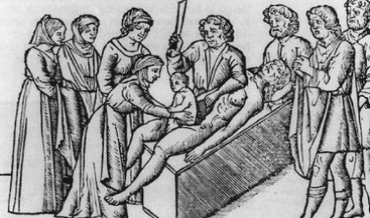 A Caesarean Section was a last resort operation to comply with Roman ritual and religious custom rather than to specifically save lives.
CLICK HERE TO READ MORE