The Roman Legion, like most organized armies throughout history, had a very distinguished awards system. Decorations were usually worn by the soldiers on parades, and were generally awarded at the end of a campaign. They could also be added to the eagle standards for entire units.

The following are some of the known awards in order from least to most important:

Other awards given strictly to officers, and seemed more likely to be ceremonial as a recognition of a term of service rather than for some act of valor:

Did you know...
The decorations on legionaries' shields represented Jupiter's thunderbolts. 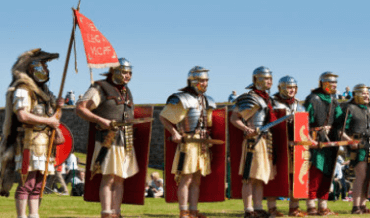 The earliest Roman army was based originally on the Greek Phalanx system, and the legion continued to evolve and adapt from that origin.
CLICK HERE TO READ MORE 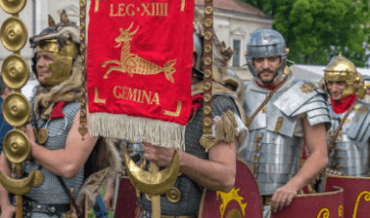 A complete look at the organization of the Roman Imperial Legion, its different components and the role of different ranks in the Imperial Roman army.
CLICK HERE TO READ MORE 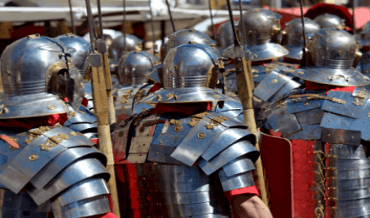 Discover all about the various weapons and equipment which a Roman legionary would need to carry with him whilst he marched on campaign.
CLICK HERE TO READ MORE 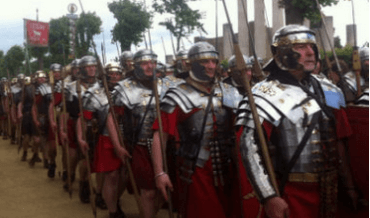