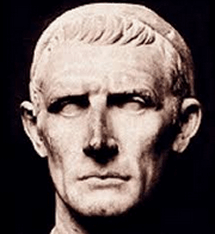 Titus Livius is amongst the more important Roman historians. He lived most of his life in Rome, where he had a prominent education and studied diligently. It was suggested that Livy was a major source of encouragement for the future emperor Claudius in his historical studies.

Livy's life work, the History of Rome from its founding, is a richly detailed account of Rome's early history. Livy, however, was filled with Roman patriotism and painted a romantic view of the ancient world. His sources were mainly the writings of earlier authors and word of mouth legends of the day.

Unfortunately, while he paints one of the few existing ancient source pictures of ancient Rome, lack of careful evaluation of his sources make some facts disputable. Regardless, the description of early legendary Rome, as well as the complete work, is a lasting and supremely important testament to Roman history.

Living in the time of Augustus, later historians such as Tacitus labeled him as a Republican sympathizer, but unfortunately, Livy's books covering this period have not survived.


Did you know...
Tiberius Claudius Drusus Nero Germanicus, was the fourth Roman Emperor of the Julio-Claudian dynasty, ruling from 54 AD to his death in 68 AD.